To Walk or Not to Walk - the Alter Call

“Making sense of walking the aisle to receive Christ.”

On occasion, people who visit or attend our church have asked me if I offer an “Altar Call” at the end of each sermon. For those unfamiliar with the term “Altar Call,” it refers to the religious practice of walking down the aisle of a church, convention center, or stadium in response to the call of an evangelist to receive Christ. When modern evangelists use this technique, it is accompanied with emotionally charged music and atmosphere. The music directly addresses the individual to “come just as they are.”[1] The lighting is turned down so that walking down the aisle will be less intimidating. Then the people are directed to bow their head, close their eyes, and raise their hand in order to receive Christ. After raising their hands, the speaker will invite those people to come forward to the front of the stage or down onto the field. All of these techniques are used to create an environment more conducive for prospects to respond positively to the evangelistic plea. Many Christians are familiar with the Altar Call, but have they ever stopped to think about why it is practiced today? Have you ever asked yourself the question, “Where are we commanded in Scripture to walk an aisle to receive Christ?” Since the Bible is our authority, the Scriptures must scrutinize every religious tradition and practice performed in the Church. Therefore, we must understand how it started, is there a scriptural premise for it, and should it be employed in the church today? Answering these questions is essential to ensure that the church is subscribing to right doctrine and right practice.

How did it start? The modern day Alter Call is a byproduct of the North American revival known as the Second Great Awakening. The First Great Awakening was a series of simultaneous, spontaneous, unorganized, rural or village congregational gatherings led by godly pastors such as Jonathan Edwards.[2] This movement was dominated by Protestantism and began in the mid-1700’s but died out by 1789. The Second Great Awakening began around 1790 and lasted throughout nineteenth century.[3] The difference between the two awakenings is that the first was focused on doctrine, while the second was mostly concerned with technique.[4] One of the evangelists who became prominent during the Second Great Awakening was a man by the name of Charles G. Finney (1792-1875). Finney was a lawyer who was converted in 1821 and started to become a public figure by the time he was 29 years old. 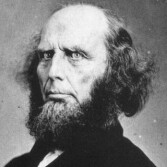 As an evangelist, he was known for employing what he called “New Measures.” These “New Measures” were essentially new religious techniques personally developed by Finney. These new techniques included protracted (very long) meetings that lasted up to four days, praying for the unregenerate by name in their presence during the meeting, and the use of the Anxious Bench placed in the front of the church. Although Finney believed that the Holy Spirit empowered every conversion, he also believed that “A revival of religion is not a miracle but the purely philosophical result of the right use of the constituted means.”[5] In other words, Finney’s theological presupposition behind these new measures was the belief that the evangelist could elicit a response from man apart from the empowerment of the Holy Spirit. Instead of relying on the Holy Spirit, Finney played on the emotions of those who were actively listening to his evangelistic endeavors. As a result, these “New Measures” played an important and prominent role in Finney’s evangelistic efforts.

One of the most prominent “New Measures” Finney employed was called “The Anxious Bench.” Before a revival would officially start, Finney would hold a “special inquiry meeting.” At this meeting the evangelist would look for people who were kneeling in prayer. He would counsel them personally and even visit them in their homes. Then, during the protracted meetings, Finney would call these people out by name, pushing them publicly to renounce sin and embrace Christ. He would invite these people to walk the aisle and come down to the front of the church where he had reserved seats for them (the anxious bench). But this bench was not facing the front of church like the pews, instead it was turned around and faced the congregation (as seen in the picture above). [6] All the while making them the subjects of prayer.[7] His goal was to make them feel anxious about their sin so that they would turn from it and embrace Christ. The anxious seat became a standard feature of Finney’s elongated evangelistic meetings. Ultimately, it was a tool used to manipulate the emotions so that people would emotionally respond to the message.

Finney’s New Measures did not stop after his death, but his influence transcended denominations. Although the evangelist (not a pastor) began as a Presbyterian, he eventually broke away from the Presbyterian Church. But his techniques soon spread to Baptist, Charismatic, Holiness and Pentecostal denominations as well. The Anxious Bench later became what is now known as the “Altar Call.” The first written record of the term “Altar Call” is referenced in the 1908 commencement exercise program for the Pacific Bible College (The forerunner to Point Loma Nazarene University).[8] Today the term is firmly established amongst many evangelical denominations. But we need to ask a few questions of our traditions.

Is there a biblical premise for it? Now the question arises, is there a biblical premise for walking the aisle? The answer is a simple no. There is no command or principle found in the annals of Holy Writ! Nowhere in Scripture are people called to respond to the gospel by walking down the aisle of a church or any gathering of the Body of Christ. But it’s not enough to simply say no. Therefore it is necessary to turn to Scripture to understand what a biblical response to the gospel is. Let’s begin in the book of Acts by looking at several sermons preached by the apostles of our Lord and Savior.

When Peter preached his first sermon on the day of Pentecost in Acts chapter two, he began by correcting the notion that the apostles were drunk (Acts 2:15), they were not drunk but their speaking in foreign languages unknown to the speaker was a sign of prophetic fulfillment made by the prophet Joel (Joel 2:28-32). Peter went on to speak about how Jesus Christ was crucified, died, buried, and raised on the third day. Yet he pointed out that the Jews were responsible for his death. Upon hearing this many people listening were cut to the core of their being. They responded by asking Peter what they must do to be saved. Peter responded and said, “repent and be baptized” (Acts 2:38). The call to be baptized is not a requirement for salvation, as some denominations believe. But Peter used the term synonymously and representatively. Baptism is a fruit of genuine belief and is used here to represent authentic faith. True faith or belief will always manifest itself in obedience (John 14:15, James 2:14-18). So Peter’s response is ultimately calling upon the Jews to repent (turn away from sin and turn to God) and believe (trust in Christ alone). One last caveat, although we are saved by faith alone, our faith is never alone. Good works always accompanies faith. Good works can never save a person but good works are a manifestation of true biblical belief (Eph. 2:8-10). Therefore, the only appropriate response to the gospel call is not to walk the aisle, but to turn away from sin (repent) and to trust (believe) in Christ alone for salvation.

A good theologian would never make a doctrine from just one passage of Scripture. Therefore, I will present two other witnesses to support the claim that there is only one right way to respond to the gospel. The two witnesses are Jesus and Paul. When Jesus began his ministry, he announced that the kingdom of Heaven is at hand or near. He goes on to say that the only appropriate response to this announcement of the arrival of the Kingdom of God (the Gospel) is to repent and believe (Mark 1:15). The apostle Paul reiterated this command in his farewell address to the elders at the church in Ephesus. He said, “I did not shrink from declaring to you anything that was profitable, and teaching you in public and from house to house, (21) testifying both to Jews and to Greeks of repentance toward God and of faith in our Lord Jesus Christ” (Acts 20:20-21). Once again, the two key components of a biblical response to the gospel of Jesus Christ are repentance and faith.

Now we must ask and answer the question, “Should the “Altar Call” be employed in churches today?” I would empathically say no! Although it may appear harmless to have someone walk the aisle to confirm their faith, there are dangers that exist.

First, walking the aisle provides many people with a false sense of assurance of their salvation. They think they are saved because they have walked the aisle and participated in a religious ceremony. Yet they fail to understand that just because they believe historical facts about Jesus and have walked the aisle at one point in time in their lives, does not mean that they are genuinely saved. Those who believe this way possess very limited knowledge of the Scriptures and this lack of understanding produces a false sense of assurance.

Second, responding to an alter call by walking down the aisle of a church can contribute to a false understanding of biblical repentance. Lets be clear. People can walk down the aisle for many reasons. Many individuals experience pressure to walk down the aisle because their peers, friends or family members are doing it. Others walk the aisle because they are emotionally moved by the whole experience. The music is playing “come just as you are.” The lighting is turned down low and adds to the atmosphere. Everything just feels right to join in the experience of the moment without the heart being truly affected. But true repentance begins with an act of God the Holy Spirit convicting the person of their sin (John 16:8). Their heart is cut to the core of its being (Hebrews 4:12). Contrition and humility overwhelm them, often to the point of tears (Psalm 51:17). They clearly see their sin like never before and spiritually they throw themselves down before the throne of mercy and grace (Hebrews 4:16). They immediately turn away from their sin through confession and turn to the true and living God, Jesus Christ (Romans 10:9; 1 Thessalonians 1:9). A false understanding of repentance will often lead to a false conversion, which is accompanied by a false sense of assurance, leading a person to think that they are saved when in reality they are not.

Closing thought. Let’s answer one last question. Could God use an alter call? Absolutely, he could use it in spite of the error. He can use anything. But is it wise and spiritually beneficial? No. Remember, it is not found in Scripture (it is extra-biblical) and second, it can provide a false sense of assurance of salvation that has eternal consequences and it can impart false understanding of biblical repentance.

For more information on the subject please see the list of references below:

[1] An aspect of “Come just as you are” is true, in the sense that you cannot clean yourself up, nor can you add anything to grace. But it is misleading because Scripture calls every person to come with a contrite heart and an attitude of repentance (Psalm 51:17, Isaiah 66:1-2, Luke 18:10-14).

The blogs represented in this post will be produced by our elders, teachers, and leaders. They will address a number of different topics. If there is a topic you would like to see addressed, please submit it for our consideration. We will do our best to tackle the topic in a timely manner.